The future of agriculture: Out of nature and into the laboratory?

With the outbreak of the Ukraine war, we are threatened with another global hunger crisis, and climate change continues to cause crop failures. These are just two reasons why the future of agriculture needs a rethink. After all, how are we supposed to feed almost 10 billion people by the middle of the century if the amount of fertile soil keeps shrinking at the same time?

According to Statista, more than 9 million Germans dreamed of vacationing on a farm last year. Travel brochures paint an idyllic picture of country life that could have come from the early 20th century: cows are milked by hand, chickens peck in the yard, the grain is lush and the fruit is ripe and ready to be picked. And the nearest town is far away. Sounds tempting? However, it has little to do with the present and certainly nothing to do with the future of agriculture.

More and more of the almost 257,000 farms in Germany are already working smart, cultivating their land more efficiently and in a more environmentally friendly way with the help of sensors, satellite technology or drones and data analysis. But even this so-called precision farming does not protect them from the accusation that they are largely responsible for the climate crisis. If we look at the numbers, agriculture is currently responsible for 70 percent of global water consumption and 20 percent of greenhouse gas emissions. Soil erosion, high levels of nitrate pollution and the loss of biodiversity are also blamed on modern agriculture and livestock farming.

No wonder that the criticism is rampant and not even the almost 36,000 organic farms are spared. Bochum University researcher Oliver Stengel is already calling for the post-agricultural revolution, writing in his publications about the end of agriculture and animal husbandry and instead pleading for cellular agriculture, in which laboratory employees grow our food from stem cells from animals and plants. In this scenario, agriculture withdraws from nature, humans become creators and instead rely on deep design, biotech and digitization. And nature? Left to her own devices, does what she wants and relaxes at the same time.

Future scenarios: What will farmers do in 2042?

How soon we evolve into “Zegans” that digest cellular foods remains to be seen. However, it is clear that the agricultural sector must think about a more sustainable future. According to calculations by the United Nations, the world population is likely to increase to 10 billion by 2050. At the same time, worldwide agricultural area per capita will shrink by up to 20 percent in the same period, due to climate change and soil erosion. If you have to feed more people with less acreage, you need different, more innovative concepts.

Which narrative will prevail?

When it comes to the nutrition of the future, there are currently two competing narratives. The first relies on high-tech agriculture, radical mechanization with robotics and artificial intelligence. In the second, farmers clear the field for nature and our food thrives in the laboratory. We have just developed future scenarios for agriculture in 2042 for the Society for Energy and Climate Protection Schleswig-Holstein GmbH (EKSH). They show how agriculture, the political framework and society could develop in the various possible futures. Based on this study and other foresight projects, we identify five trends that agriculture, the food industry and society should start addressing right now.

1. The word agriculture will be misleading in the future

The term soon became obsolete. Because it narrows our view. In the future we could equally speak of urban economy. After all, urban, indoor or vertical farming turn the city into a cultivation area. Tomatoes, peppers, lettuce and mushrooms thrive in multi-storey greenhouses and don’t have to go far to reach consumers. Combined with sensors, these processes promise more yield and less environmental pollution. Because the plants grow under controlled conditions all year round, the companies harvest several times a year. At the same time, start-ups are cultivating alternative proteins and thus artificial meat or cheese in laboratories and bioreactors. In other words, thanks to AgriTech and clean food start-ups, the number of players in the agricultural sector is increasing. This change has already begun.

Natural disasters, pandemics, the Ukraine war and geopolitical tensions are increasingly undermining the idea of globalization. Not only in industry, but also in terms of nutrition. The value of globalization is recalculated. Now "green costs" are also included in the calculation: environment, climate, resilience. Everywhere supply chains need to be diversified. For environmental reasons alone, regionalization is gaining in importance. Even the city-state of Singapore wants to produce 30 percent of the food it needs itself in the future. If even such small countries want to create the conditions for feeding their population with regional food in the event of a crisis, alternative concepts must be found. Sometimes high-rise roofs are converted into arable land.

3. Agriculture is no longer viewed in isolation

Last year, a UN report called for the system of agricultural subsidies to be changed. According to the report, the USD 570 billion in subsidies that benefit agriculture worldwide each year create the wrong incentives. Fully 87 percent of the measures would have negative consequences for the population or the environment. We describe the alternative in a scenario in the EKSH study mentioned above. In the future, climate and public welfare services will become the benchmark for public funding, so agricultural business models will have to be rethought. Agriculture is embedded in a larger, systemic context. This new funding logic harbors both opportunities and risks. If agriculture helps to curb the consequences of climate change, it can receive funds that were previously reserved for energy and climate funding. Otherwise, you have to reckon with losses.

Around half of the soil in Germany was used for agriculture in 2020. However, more and more competitors for space are appearing. In the countryside, farmers are opening up new sources of income. Some will specialize in services for the common good: they will replenish the bogs or designate flower strips and nature conservation areas on their fields. Others are involved in tourism or build solar energy systems or wind turbines on their land and reap income from emissions trading. Many will rely on a mix of usage types. This competition for space harbors opportunities for alternative business models. At the same time, it also opens up new lines of conflict – because the face of our landscapes will change and not always for the better. A blooming rapeseed field simply looks nicer than a row of solar panels – even if the latter are essential for the energy transition.

Meat's final "use by" date is fast approaching. Even self-confessed carnivores will switch to artificially produced “clean” meat in a few years – for ethical reasons and because the laboratory product will be significantly cheaper in the future. Food – both plant and animal – is increasingly becoming a high-tech product thanks to synthetic biology; what grows in the laboratory is free of environmental pollutants. We owe these biodigital innovations to the close cooperation between molecular biology, organic chemistry, engineering, nanobiotechnology and information technology. 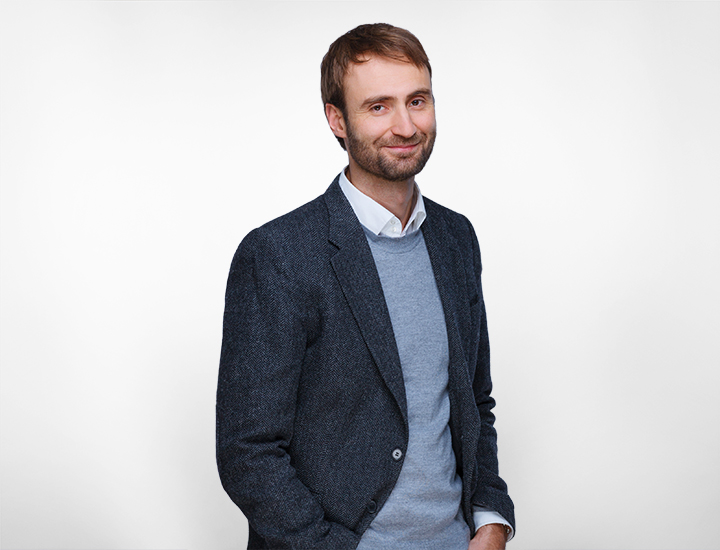 Transformational Growth – Why companies should look to the future

Send details of your query to Dr. Christian Grünwald. We will do our best to reply as quickly as possible.