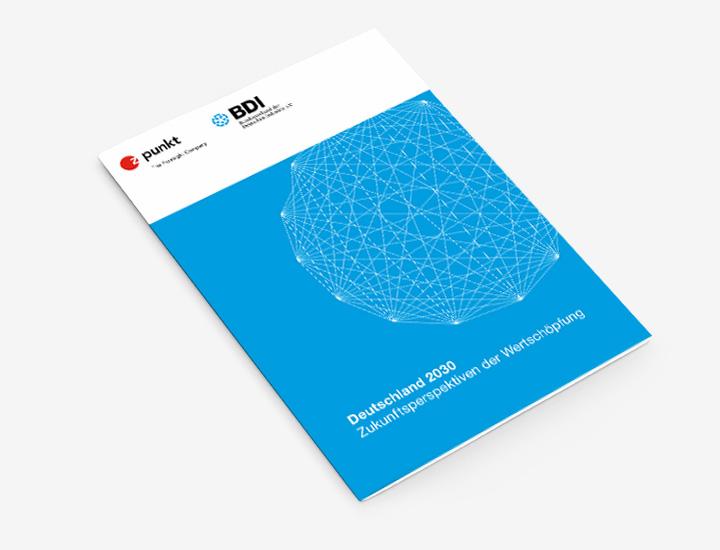 Germany, Europe and the world are going through a period of dramatic change. What does this mean for value creation? The study entitled Germany 2030. Future Perspectives for Value Creation outlines a future full of upheavals and ruptures – a future in which change is no longer the exception but the rule. The central focus of the study is on disruptions, in other words ruptures in the dominant paradigms of value creation, which will require a radical change of thinking and direction. In this regard, the Federation of German Industry (BDI) and Z_punkt, joint authors of the study, are entering uncharted territory, both in terms of content and methodology. Germany 2030 was produced on behalf of the BDI’s “Value Creation-Oriented Innovation Strategies” working group.