Cognitive machines promise to change value creation fundamentally in future. Z_punkt has identified five areas of transformation, which will emerge from their use. You will discover what products that learn, anticipatory business processes and the automation of knowledge-based work will mean for your company in our new white paper.

Cognitive machines – these are industry-specific solutions, which are based on a number of core technologies – machine learning, natural speech processing, image recognition – and suitable infrastructure – cloud computing, the Internet of things, big data – and have innovative abilities, which can reasonably be described as higher level cognitive processes. According to a current study their use promises productivity increases of up to forty per cent. Yingxu Wang, Professor of Cognitive Informatics at the University of Calgary, identifies processes of understanding, learning and problem-solving, decision-making, planning, designing and pattern matching, in particular, as “cognitive”. The terms make clear that cognitive machines are – at least according to their potential – not only purely passive tools but self-willed agents, which have “artificial intelligence” and are able to penetrate deep into the fabric of business and society with their actions.

Given this, the questions, some of which are highly anxiety-inducing, currently being debated in the media are justified: are we facing the “end of work” (a question that is not being discussed for the first time)? What if “computerised colleagues take over my job” or even “do away with my boss”? Are we even facing the threat – as expressed by distinguished personalities such as Stephen Hawking, Bill Gates and Elon Musk – of being dominated by dangerously clever algorithms?

However, the question arises as to whether it would not be advisable to look a little lower to get a more precise view of the landscape of cognitive machines, which is only just emerging, first. In the following article, we discuss five transformation areas, which will emerge from the use of cognitive machines (see box below). We emphasise the opportunities in this connection – partly to provide a counterpoint to the risk-focused debate taking place in the media.

Fleet learning: products, which improve through use

The latest progress in AI is essentially based on learning algorithms, which generate forms of artificial intelligence on the basis of huge quantities of data, making the ability to learn a fundamental product component. We must distinguish between two phases of learning. First, the training phase: during training, the product acquires the critical skills. Google’s AlphaGo, the machine that beat one of the world’s best Go players to the surprise of many AI experts, was trained with a database, which contained thousands of Go matches at the highest level – around thirty million moves in total. This is followed by the application phase: the product improves while it is being used. Again, there are two parts to this. Firstly, context learning: the product adapts to the user and the actual context in which the product is being used. This is crucial, for instance, in the smart home segment; Nest led the way a few years ago with its “smart thermostat” and Amazon’s smart speaker, Echo, learns over time not only how to understand the user’s voice more accurately but also his taste in music. Secondly, fleet learning: Tesla collects usage data from the entire vehicle fleet and uses these to improve the autopilots in all vehicles by updating their software. The product improves the more intensively it is used – this effect is familiar from social networks. In particular, the latter part – fleet learning – has disruptive potential. Products, which are constantly improving and learning from the experiences of all the people using these products, are products whose capabilities will no longer be determined by the production run but by software updates. Consequently, it is precisely this software and not hardware that will be the critical value driver – regardless of whether we are speaking of wind turbines, air-conditioning systems or smartphones.

Progress in the generation and processing of natural speech is a key enabler for intelligent, voice-operated assistants such as Apple’s Siri and Amazon’s Alexa. They must be viewed as early generations of applications, which will massively increase their effectiveness in the next ten years. Developments on several levels will make a contribution to this:

All in all, these developments will allow the digital assistants of the future, who will accompany us at every turn, profound insights into the heart of each individual customer – a development that will alarm dishonest providers just as much as data protection experts, who will try at least to rap the knuckles of unscrupulous data collectors if not to put a stop to their game.

Predictive enterprise: the power of anticipation

Real time intelligence is regarded as the basis of the digital factory of the future as part of the “Industry 4.0” vision: smart, connected objects at all levels of production and logistics will depict the current status of all processes at any time. This means that the value stream can be adapted dynamically to match current demand – giving a further boost to flexibilisation. The model is transferrable to many areas, from building security to the dynamic management of traffic flows.

The vision of “predictive enterprise” relies on the real time approach and formulates an even more ambitious ideal. The aim is now to act before a requirement becomes apparent from real time data. Accordingly, in anticipatory logistics, goods and merchandise will be provided in the right place at the right time on the basis of data-based forecasts. “Predictive policing” will deploy emergency personnel on the basis of forecasts of where they will be required in future. And “predictive maintenance” in factories aims to identify impending malfunctions of machinery before the equipment actually stops working. Discussions have even been taking place recently about monitoring the health of livestock in terms of a predictive-maintenance approach.

In all cases, there is a direct link between the quality of the forecast and the accuracy of the action. This makes the quality of the forecast critical – and it is precisely here that cognitive machines promise quantum leaps in innovation, as machine learning is designed by nature to make predictions and optimise them step by step. In line with this, newer approaches in cognition research see the human brain itself as a “predictive machine”, whose functionality essentially consists in generating a continuous stream of predictions and comparing them with reality.

Knowledge must flow within companies to make the most of its value. While early attempts to put knowledge management on a sound basis were still too heavily geared to the model of manual database maintenance, collaborative knowledge management techniques have found their way into companies with the success of the sharing model, such as Wikis or social bookmarking. Cognitive machines could now initiate a new, far more wide-reaching paradigm shift. While Knowledge Management is currently responsible for the organisation of stocks of knowledge and flows of knowledge, a new corporate function is now emerging in which knowledge management, data analytics platforms and the learning algorithms of cognitive machines are to be merged to form “knowledge factories”. The aim is to create operational tools to automate knowledge-based work. Today, the most well-known example of this type of technology is certainly Watson, cleverly – and with considerable investment – marketed by IBM as the universal knowledge infrastructure for the era of cognitive machines. IBM is cooperating with leading hospitals in the USA, as it is with German industrial heavyweights. The Versicherungskammer Bayern has already used Watson in a pilot project for managing complaints: Watson scans thousands of letters, sorts them into different categories of complaint automatically and is even able to interpret the bitter irony of dissatisfied customers correctly. Compared with people, who sort the letters of complaint by hand, Watson performed very well, reports the Süddeutsche Zeitung. In future, Watson “is to transform all aspects of the business from product development through production to sales and after-sales service” at Schaeffler, as IBM and the industrial and automotive supplier based in Ehningen announced in a joint press release. For example, Schaeffler plans to use Watson to monitor the operating status of thousands of internal and external machines and systems.

Blended workforce: man and machine working as a team

The idea that artificial intelligence is a more or less successful copy of human intelligence is misleading. Among other reasons, AlphaGo therefore prevails against Go professionals because the software plays differently from humans, makes moves that seem senseless at first glance but lead to winning positions. To be sure, it is conceivable that intelligent machines will be superior to humans in all matters in the long term. However, in the medium term, it will be a matter of linking human and artificial intelligence to make use of their complementary strengths (see box below). More than three quarters of managers questioned in an Accenture study expect man and machine to operate side-by-side as a team in future. The question is therefore: how will this “blended workforce” be organised? How will companies develop their employees’ “cognitive literacy”, i.e. their ability to be productive in tandem with the cognitive machines of tomorrow? How will employees, whose current work can largely be automated, be given further training and made use of with new job profiles? One thing is clear: the company that knows how to develop and manage effective teams in which men and machines work together – will have valuable asset.

Complementary abilities: how men and machines complement each other

We have tried to demonstrate the fact that “cognitive transformation” will have an impact on a large number of levels at the same time. This is expressed in the formula “X+AI” where “X” stands for any area of business and the result of the formula is to represent an innovative value proposition. Ultimately, it means that profound changes are likely in corporate productivity, on the labour market, in the training and education of employees, at the level of business models and value creation structures. The breadth of the aspects affected makes the issue so complex. Companies should extend their antennae in all five directions to obtain a systematic view of cognitive transformation, to assess specific areas in which the new technologies could be applied to their own business and to develop strategies for the long term: seriously, with an open mind, creatively – but coolly. 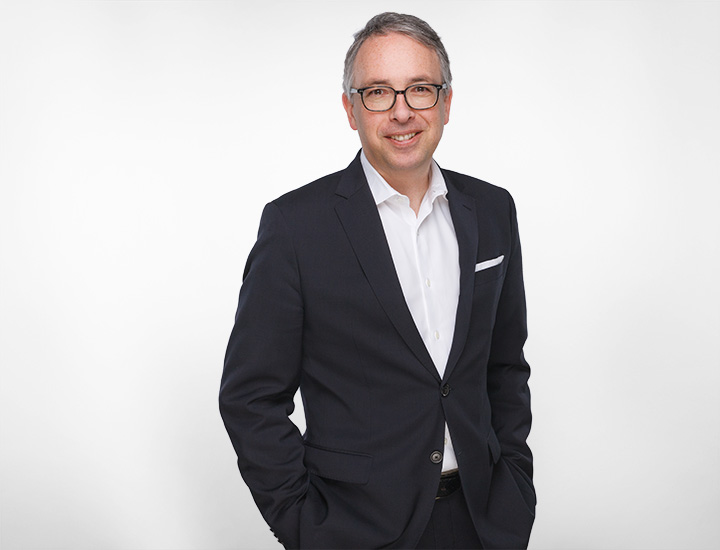 How will cognitive machines affect the future of your business? Get in touch with Andreas Neef to find out more.

Models, conditions for success and recommended actions for a resource-light society and how they resonate with experts and citizens

Experience the Customer of the Future

Send details of your query to Andreas Neef. We will do our best to reply as quickly as possible.